The second generation GT1R Flex Fuel kit is an extremely easy kit to install.  All necessary lines, fittings, mounting hardware, sensors, and wiring are included and are plug and play.

The first thing you want to do is relieve the system of pressure.  There are a number of ways to do this, but typically it's easiest to just disconnect a line at the firewall.  There are two fuel lines coming up on the pass side of the firewall, one is bigger than the other.  ON A COOL ENGINE, put a rag over the larger line and disconnect the fitting, allowing the rag to catch the fuel that leaks out.

This version is meant to be installed on the feed side of your fuel system.  To begin installation remove the intake manifold, and then the large rubber hose for the secondary air system that runs through the large grommet near the center of the firewall.  You can leave this hose hooked up on the opposite side, but it must be pulled through the grommet.  This hose will be reused so do not discard. 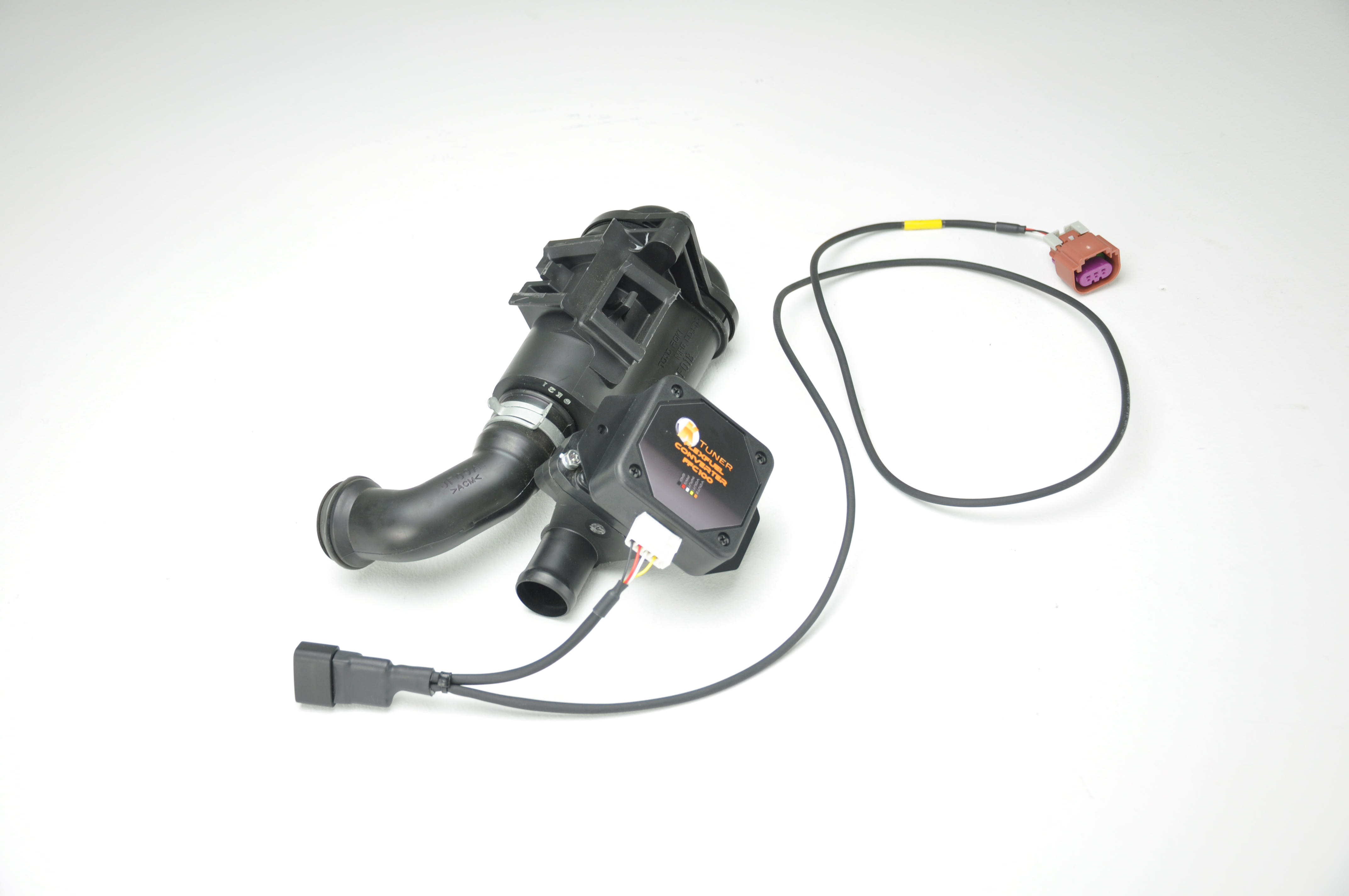 You will unplug the factory connector going to the air flow meter. The black plug seen above will now plug into the factory connector on the harness side. The smaller white plug on the kit harness will plug into the converter box, as seen above.  The last connector runs to the ethanol content sensor in the engine bay. You can route this through the backside of the battery compartment area to the large factory grommet in the center of the engine bay where the rubber hose was pulled through earlier.

You will now install the shorter of the two provided fuel lines and the fuel rail adapter.  Install the provided fuel rail adapter and then the ORB to AN fitting on the backside of the Bank 1 (passenger side) fuel rail.  The 120* fitting side of this line will be installed on the rail side, and the 180* fitting will later be installed on the driver side of the ethanol content sensor.  The 120* fitting should be installed and the line should be routed behind the large factory wire loom as seen below: 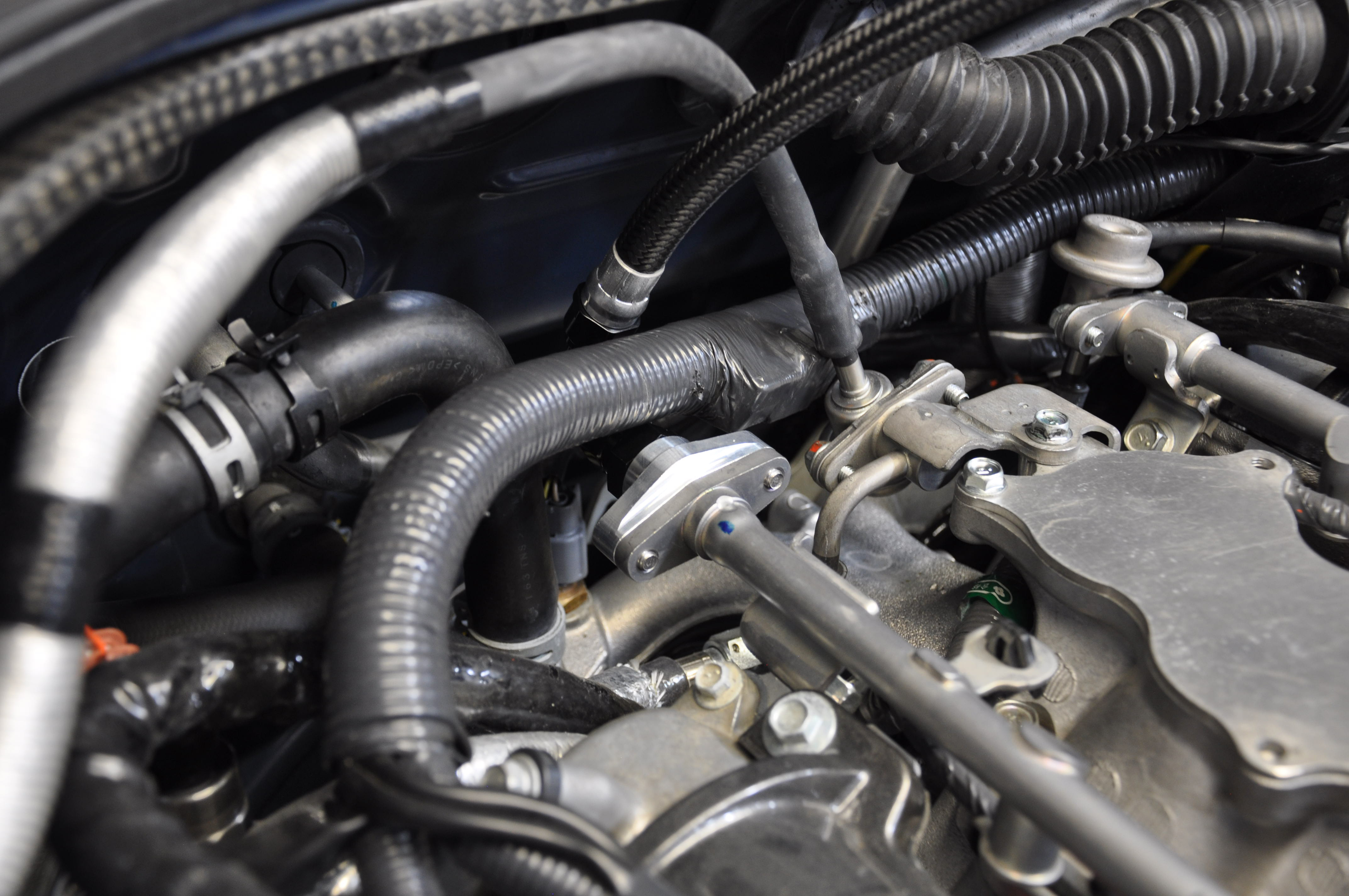 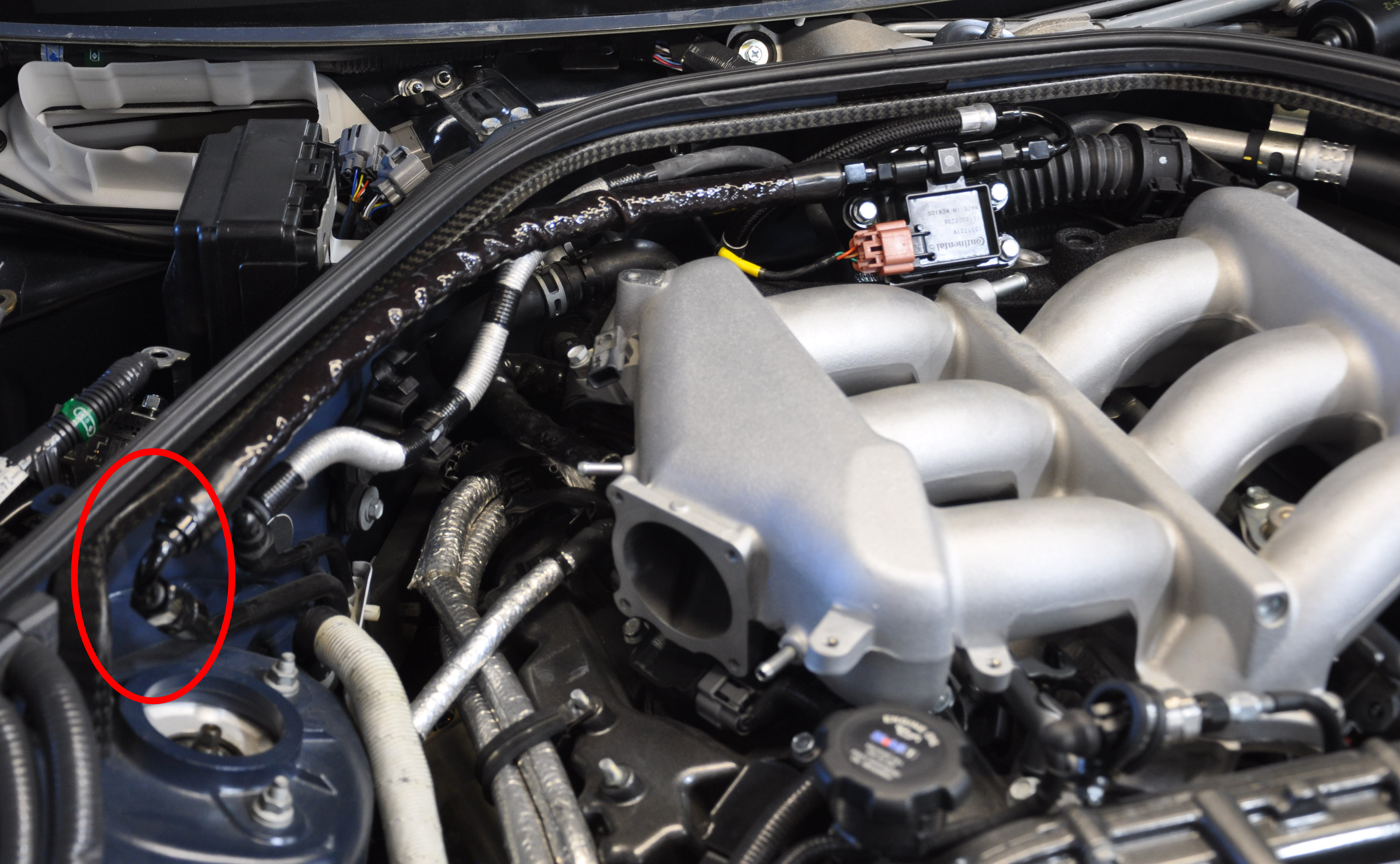 There are two versions of the EFI adapter fittings that can be used on the OEM line and sensor which vary slightly in how they secure. The first version can be seen below and which functions by mating the top and bottom of the adapter between the barb portion of the hard line/sensor: 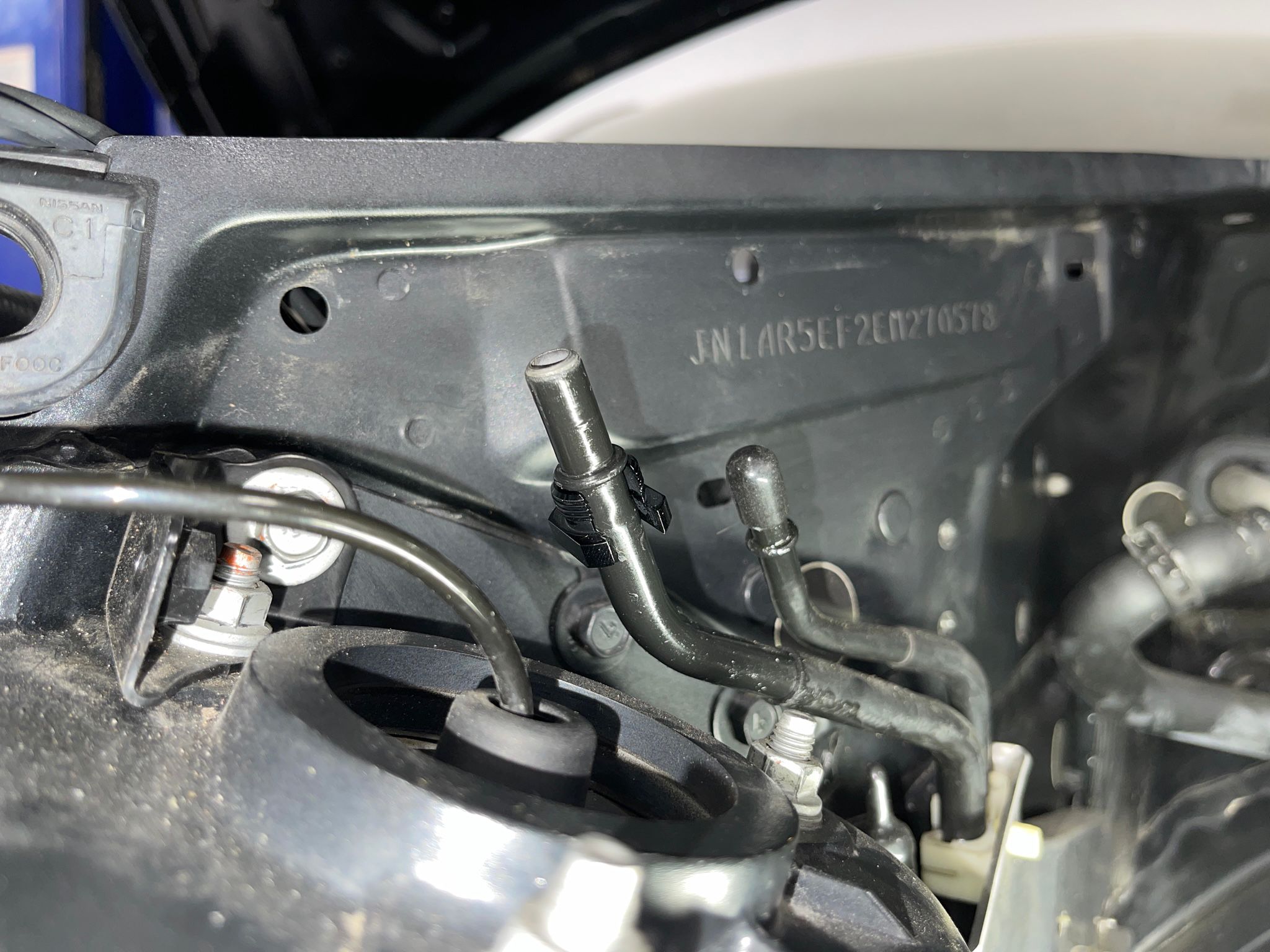 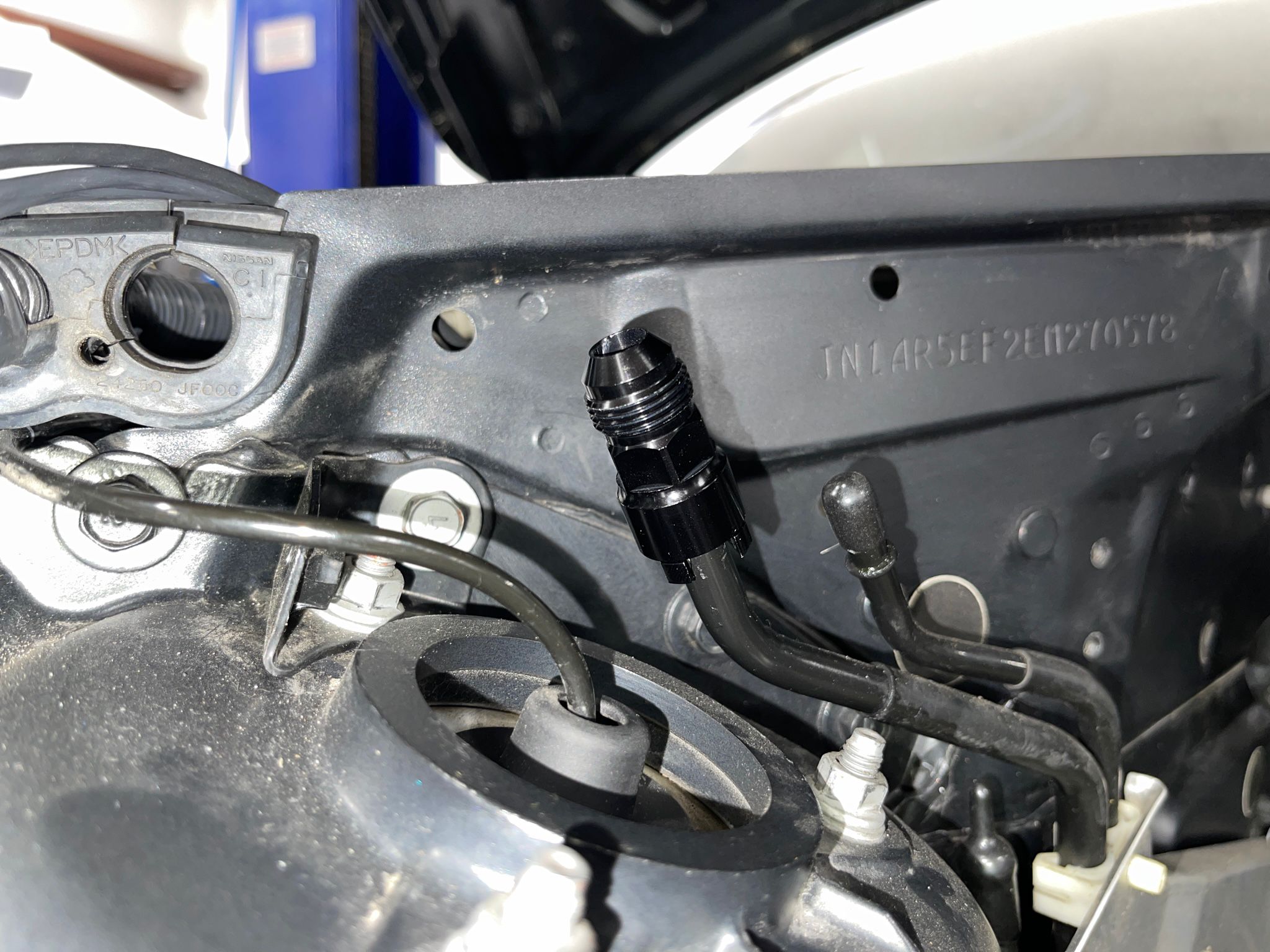 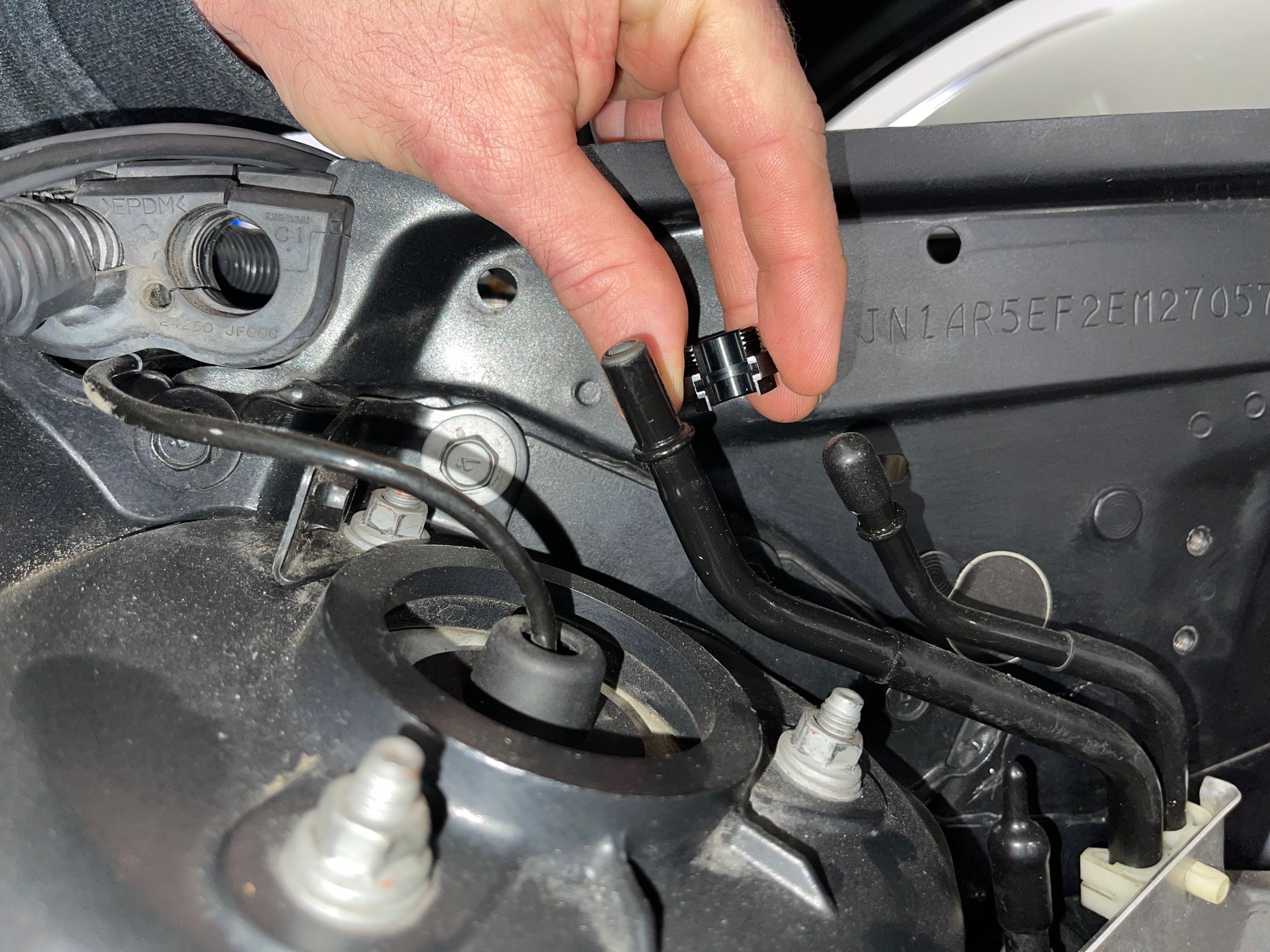 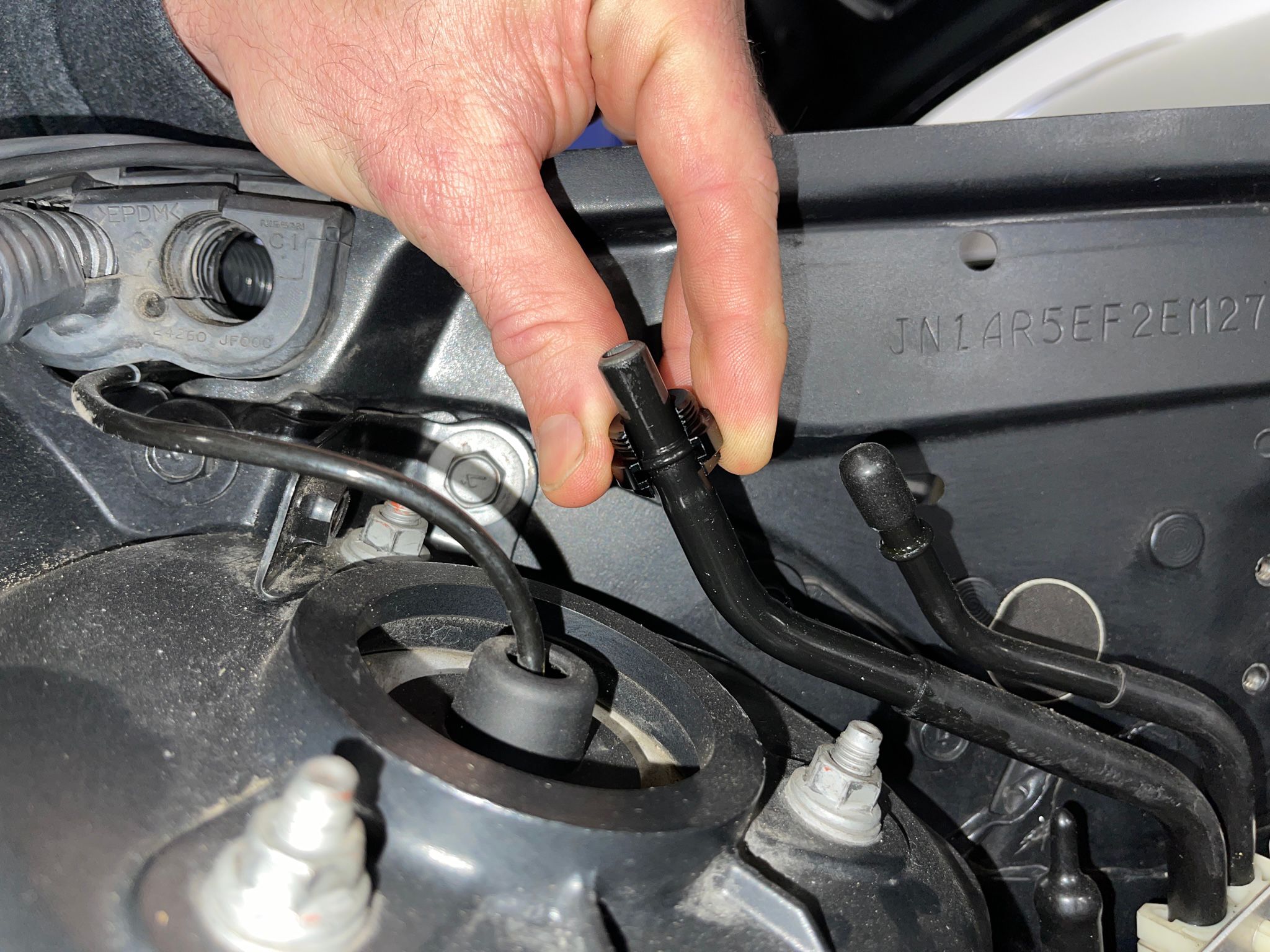 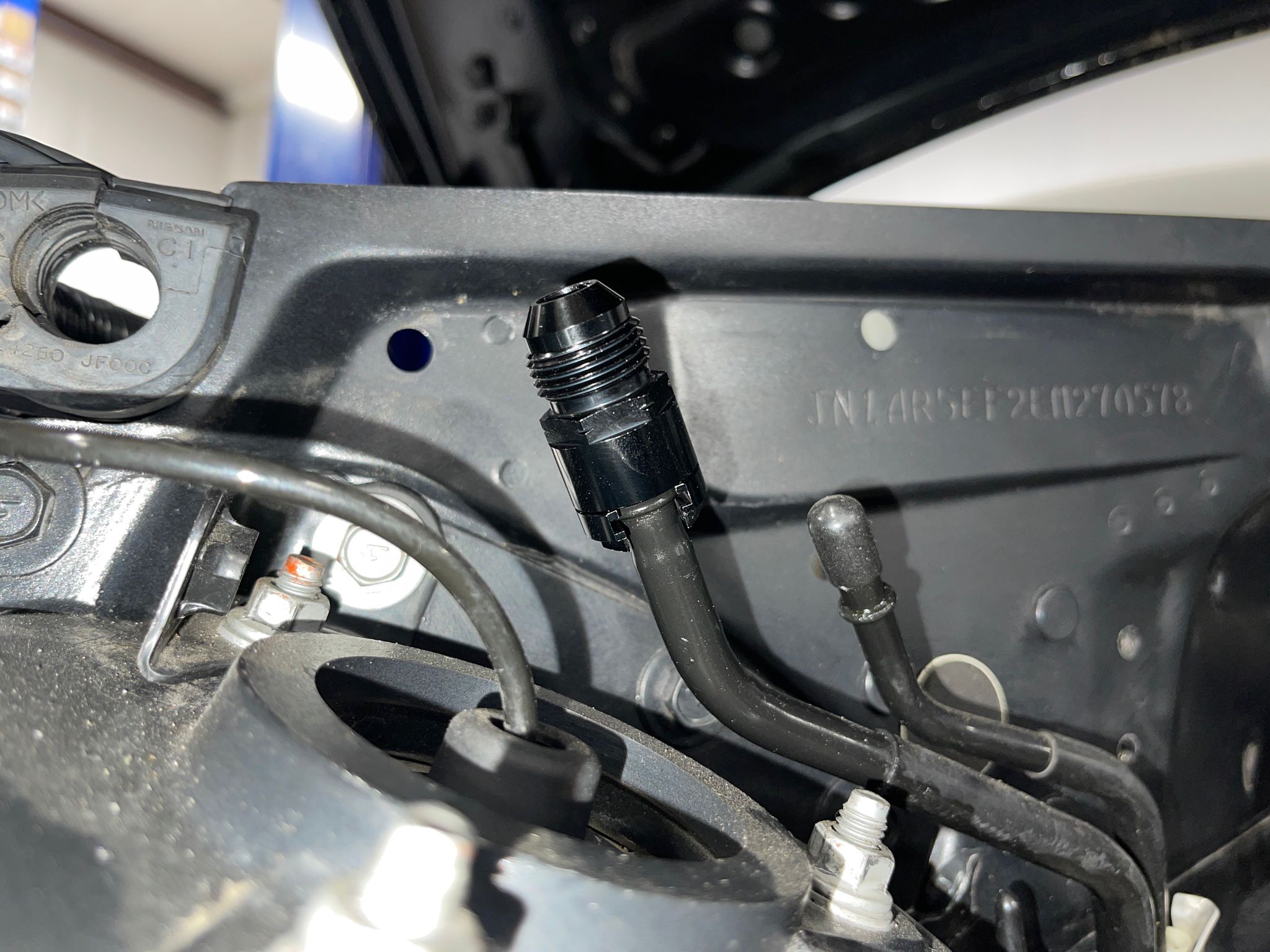 With all the parts installed you can now connect the large brown connector to the sensor. You are now ready to check for fuel leaks and start tuning!